Wild pigs (also known as wild hogs, wild boar, or feral swine) are an Old World species and are not native to the Americas. The first wild pigs in the United States originated solely from domestic stock brought to North America by early European explorers and settlers. Many years later, Eurasian wild boar were introduced into parts of the United States for hunting purposes. In areas where domestic pigs and Eurasian wild boar were found together in the wild, interbreeding occurred. Today, many hybrid populations exist throughout the wild pig’s range.

How did Wild Pigs Get Here?

Pigs were first introduced in the 1500’s to what is now the southeastern U.S. by Spanish Explorer, Hernando DeSoto. In the centuries following European exploration and colonization of the eastern U.S., free-range livestock management practices and escapes from enclosures resulted in the establishment of wild pig populations and promoted their spread.

In the early 1900’s, Eurasian or Russian wild boar were introduced into portions of the United States.

Additional introductions and escapes of Eurasian wild boar from privately owned, “game-proof” fenced hunting preserves have continued through the present.

The Range of Wild Pigs Today 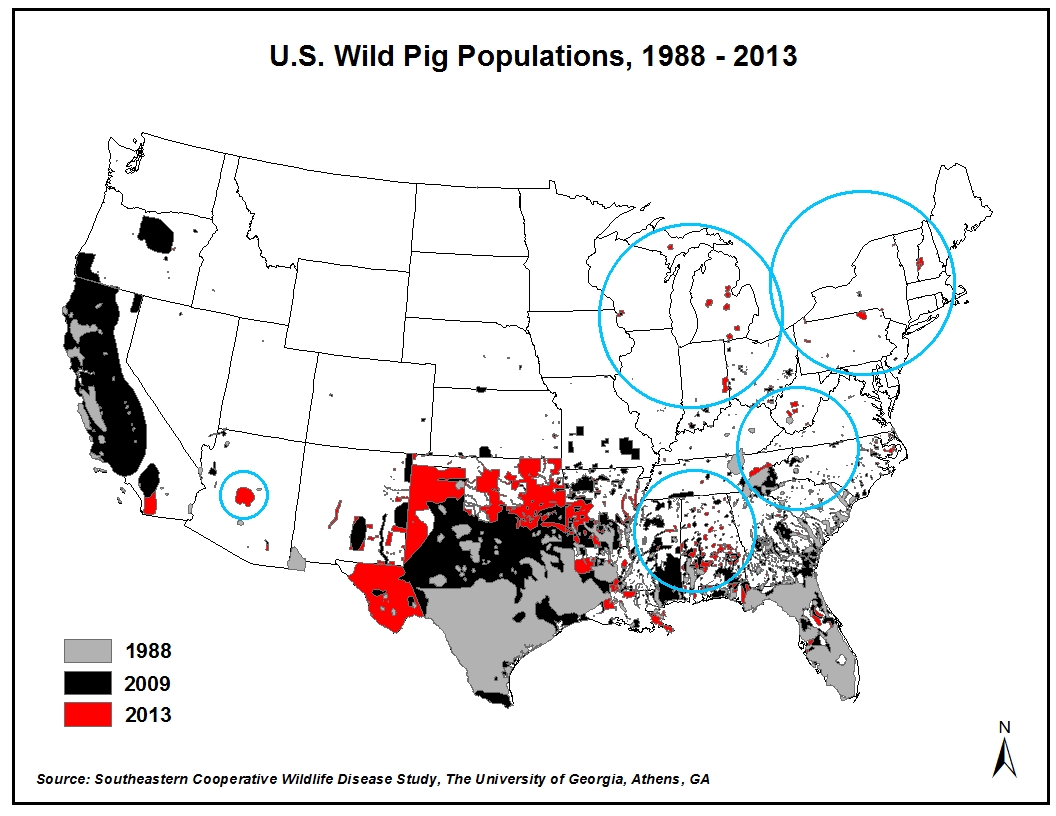 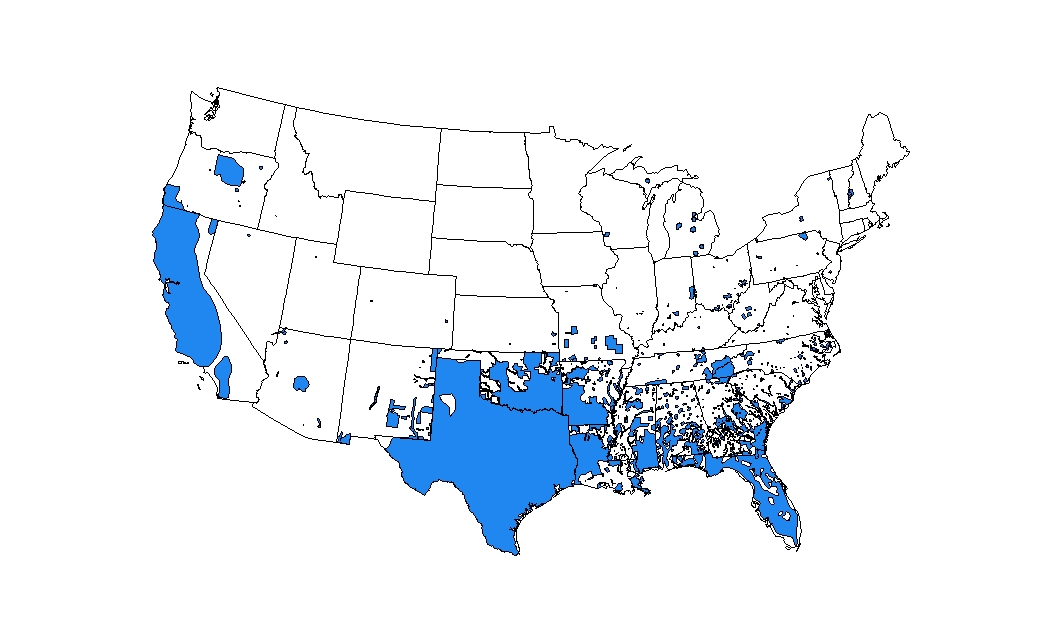 Distribution of Feral Pigs in the United States in 2014 (Courtesy of Southeastern Cooperative Wildlife Disease Study, University of Georgia).

The popularity of wild pigs as a game species has played a major role in the expansion of their range throughout the United States. The sudden presence of wild pigs in new areas is most often a result of